Do any of you guys have interesting stories behind your usernames? Any particular reason it appealed to you or is there a story behind it?

Well, here's the origins behind the usernames I've used so far:

Hikari10 - My most well-known username on forums I go to. When I was joining my first Pokemon forum, I wanted to have a Japanese name and given I had a big obsession towards Dawn from Pokemon at the time, I went with Hikari but since someone already had that name I added the 10 onto it, which comes from the month I was born in, October aka the 10th month. The numbers have since stuck when I joined other forums.

Daikenki - My current username here. It's Samurott's Japanese name, duh. I picked this cos it looks manly and it's tied in to my affinity with the Oshawott evolutionary line. One of the rare usernames I use not named Hikari10.
_________________

kuzronk: A mix of kuzco and kronk from the emperor's new school which I first used as a club penguin username in 2008. 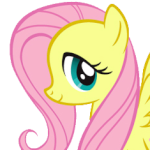