Were Heartgold and Soulsilver good remakes?

Were Heartgold and Soulsilver good remakes?

In your opinion did you enjoy HG/SS? Do you believe it lived up to it's originals or was it a tad bit disappointing for you? Why or why not? Let's take a quick review of HG/SS.
Heartgold and Soulsilver were both released back in March 2010, for the DS. It was a remake of the classic GBC games Gold and Silver. New fun features were added, graphics were beautiful and the music in general, catchy. There was a lot to love about this game, many said as it brought back nostalgia and more. But, you might think differently or do you agree? 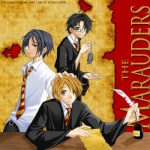